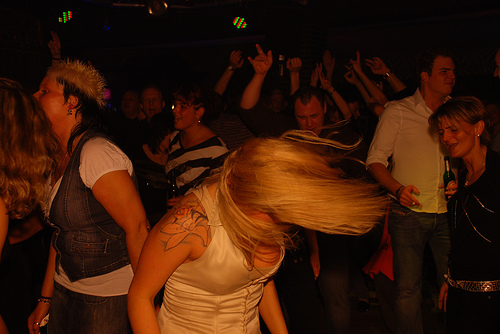 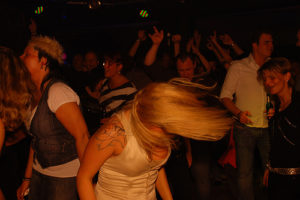 Remember the last time you walked into a large nightclub? The crowd was heaving, people smiling, dancing – all facing the person controlling the mood in the room – the DJ.

Ever since I began this blog – everything I’ve done reminds me of what it is to be a DJ.

In fact, I soon realised that Bloggers are just Thought DJs – and blogging is the new clubbing.  Do you want to be a DJ or a clubber? The choice is yours.

Something you probably don’t know about me: I used to be a house music DJ and have played clubs and radio stations everywhere from Miami to Ibiza. I’ve put an old mix of mine from 2005 at the bottom of this post you can bop to while reading this 🙂

Since beginning this blog, I have realised that many of the principles to success that apply to DJing also apply to blogging. In fact, that’s probably why I like it so much.

In this post I’ll share with you the commonalities, and most importantly, the ways DJs succeed so you can apply them to your blog.

Why a Thought DJ?

I remember DJing every weekend in Dublin. I’d spend hours searching for the best records to play in the club or on the radio that night. That’s essentially what a DJ does, finds the best records and plays them in a unique order, putting his own unique spin on things.

Bloggers do the same; they listen, filter, and put their own spin on things – they are Thought DJs.

The barriers to entry for a DJ are low, especially since mp3s (cheap and plentiful) replaced vinyl (expensive and rare). There is skill involved, of course but that can be learned.

The smart DJs, however, know that you need to stand out from the crowd to make it. These smart DJs can do this by:

It’s very difficult to break through the crowd by playing great music alone – in fact, playing good music is really just the price of entry. If a DJ doesn’t play great music, you won’t listen to him, and there’s plenty DJs waiting to entertain your ear.

How to move past the crowd

All the above differentiators work, but they take graft, time, and commitment to break through the pack and get known – for example, one radio show or club night won’t make you famous, but doing it consistently over two years might!

However, there is a way that you can skip all of this and instantly break through the pack and become as well-known as the top DJs:

Think of all the big DJs – Tiesto, Sasha, Bob Sinclair, Kerri Chandler. Sure they all DJ, but they only became world famous when they released a great record that became a hit.

When I was a DJ, I was great at differentiating myself: I had a prime time radio show and ran events for a number of years. However, I never broke through to the next level because I never spent the time to produce and release original records.

So how does all this apply to Blogging?

Thought DJs: Read widely and are passionate about their subject. People look to them to filter through the information they think is good and then put their own spin on it. They’re good writers, but like with DJing, this is really just the price of entry. Many Thought DJs differentiate themselves by:

But one ‘big hit’ can instantly propel a Thought DJ past the sea of mediocrity and into the ‘A’ list– usually a book or product of some kind.

So how can this help me?

First: Get your headphones on and become a Thought DJ – it’s really that simple. Read widely and give your own spin on things in a blog. Your content doesn’t need to be completely unique; it just needs to have your own spin on it.

Second: Differentiate yourself by one of the methods suggested above – try podcasting, video blogging, or running a few meetups.

Third: Go for the big hit – spend the time to produce that hit record. You might not get to number 1 straight away – but if you keep releasing records, you’ll grow a bigger following and you might just hit that jackpot. I know I’m going to.

Special Bonus: Summer mix by yours truly (press the play button below):

Props to my friend Sinead from Crafty Fox market – who says Crafting is the new clubbing. Although I naturally disagree, it did help give me the inspiration for this post. Check out her site here