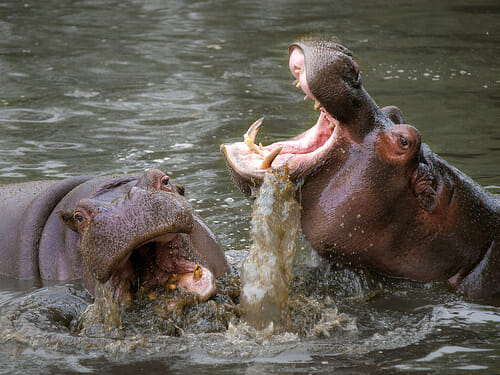 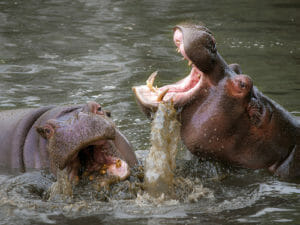 Ever been in a meeting when the most senior person in the room made a ‘gut’ decision – that you felt was plain wrong?

You might or might not have been brave enough to question this decision but too often your questioning wasn’t listened to. After the meeting the business goes on and you see the mistake you anticipated happening.

Why did this happen? Because the decision was made by The Highest Paid Person’s Opinion  (Or HIPPO), usually the HIPPO calls the shots, even if they’re making the wrong decision.

In this post you’ll learn why HIPPO’s are always a dangerous animal, why you should never trust them (even if they’re a friendly HIPPO) and what weapons you should bring with you at all times to defeat one!

We’ll also have a look at what to do if the HIPPO turns out to be you!

Spotting a HIPPO is important as, although perhaps experienced, many HIPPO’s make decision based on gut and experience. While this can be important and many people have built successful businesses this way – it brings with it a margin for error. What if that person’s gut is wrong?

In the past I’ve worked with businesses that were run by HIPPO’s (most are). I remember in particular one startup I worked with where, if HIPPO’s had relied less on their ‘gut’ – the outcome for a project would have been very different:

Real conversation with past HIPPO:

Me:  We should spend the rest of this week validating this core assumption that people want this product – we haven’t seen anything to prove this yet.

Hippo: That’s not what we want you to do – when you’re experienced in business like us you know when to trust your gut – trust me on this.

We argued (yes it was heated) but I conceded. I accepted that the HIPPO had more experience than me (also the fact is that the HIPPO might be paying your wage/your client/your investor makes it a tough one). Wrong move!

So we ploughed on without validation. It turned out that 1 week spent validating the idea could have saved us 3 months working on a product our target market didn’t want (for more on idea validation read this or this)

So – how DO you defeat a HIPPO?

How do you get facts? A number of ways – but the most powerful is data collected directly from customer feedback. I’m not a classic numbers guy, but nothing disarms a HIPPO better than STATS – they are cold and unquestionable – words on the other hand can be subjective. Best ways to get these stats? A/B tests and analytical funnels and, to a lesser degree, questionnaires and speaking to customers.

What are the most effective ways to defeat a HIPPO:

Better keep that one then.

I’ll be doing more of them then.

Hope these two examples help explain what I mean. HIPPO’s are not stupid – they just can be plain wrong – anyone can be. It’s much better to act based on fact, than gut.

That’s why my new favourite line is: Let’s test that – anyone that refuses this request is a very dangerous HIPPO.

Moral of the story:

Watch out the next time the HIPPO in the room is making a decision based on their GUT – especially if that HIPPO is you!

Your turn: Ever experienced dealing with a HIPPO? Share your story in the comments below: