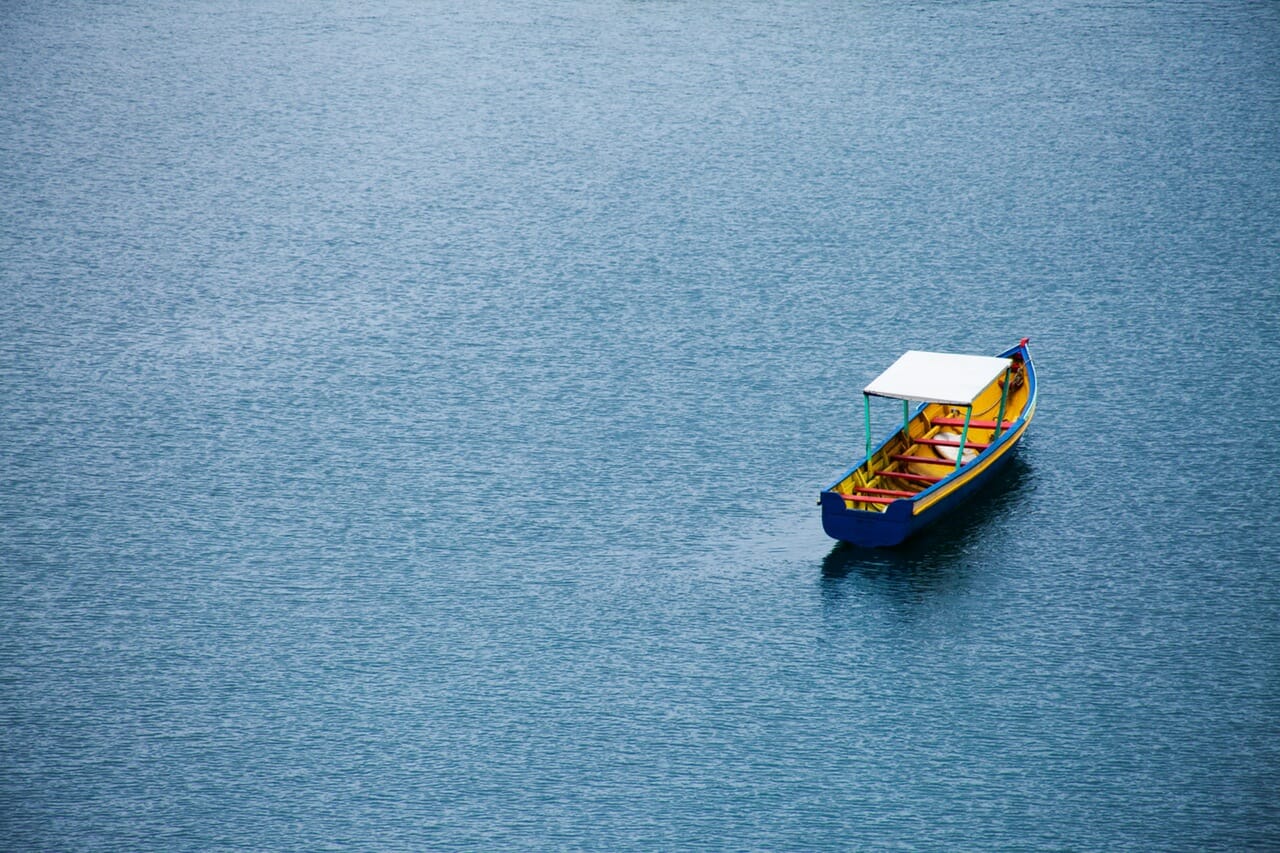 Over the past decade, there’ve been countless tech startups from Silicon Valley and beyond that have reached escape velocity and acquired millions of users. Think Snapchat, Whatsapp, Dropbox, Airbnb etc.

This has been achieved not through TV ads, billboards, PR or other ‘traditional’ marketing channels, but rather something called ‘Growth hacking’. When growing gaming startup We R Interactive, we also used growth hacking successfully when developing I Am Playr to millions of users.

Growth hacking is a new(ish) area, and I’ve reflected on how to create a framework that would guide marketers on  how to approach growth hacking for their business.

The first element of this framework is something I call, blue ocean marketing channels

What are Blue Ocean Channels?

If you’ve been lucky enough to go to business school, (or unlucky depending on your perspective 😉 ) one of the books on your reading list was probably blue ocean strategy. 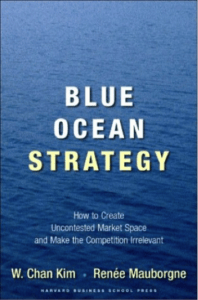 The principle behind blue ocean strategy is that businesses live in either blue or red oceans.

Try dropping aline in this space and you may catch a fish or two – but to go home with a full net you’ll need to out-fish the others, and that’s tough.

What the authors of Blue Ocean Strategy suggest is that instead of going into this highly competitive (& dangerous) red ocean, you should instead set sail towards the blue ocean. 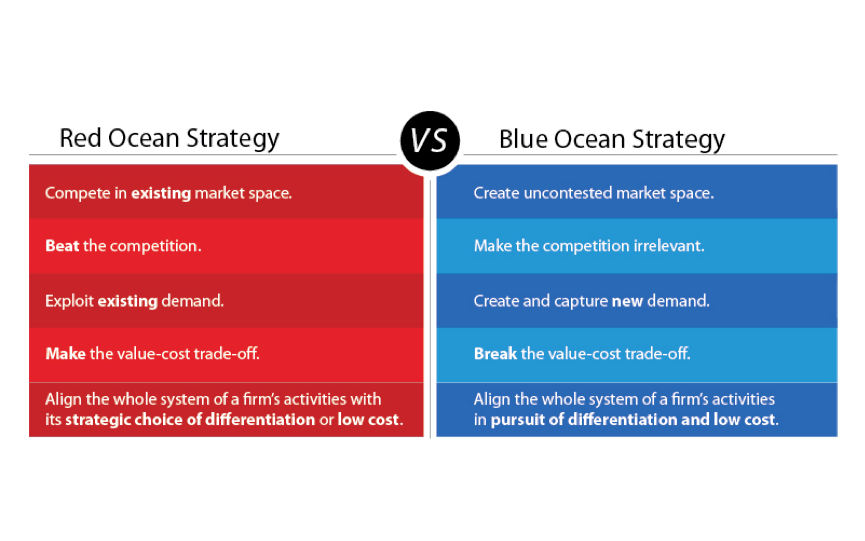 What lies in the blue ocean?

A blue ocean is uncharted territory. There are no other boats (or competition) in the water because none have thought (or dared) to set sail here yet. If you cast your line in this area and get a bite, you’ll fish uncontested and enjoy a rich catch!

Of course a blue ocean can quickly turn red when other boats spy your catch Just enjoy it as long as it lasts.

The secret is to continuously hunt for blue oceans wherever possible.

There’s a cycle I’ve observed on the Internet that every market channel appears to go through.

To understand this, I’ll  give a quick toplevel explanation of how the stock exchange works. 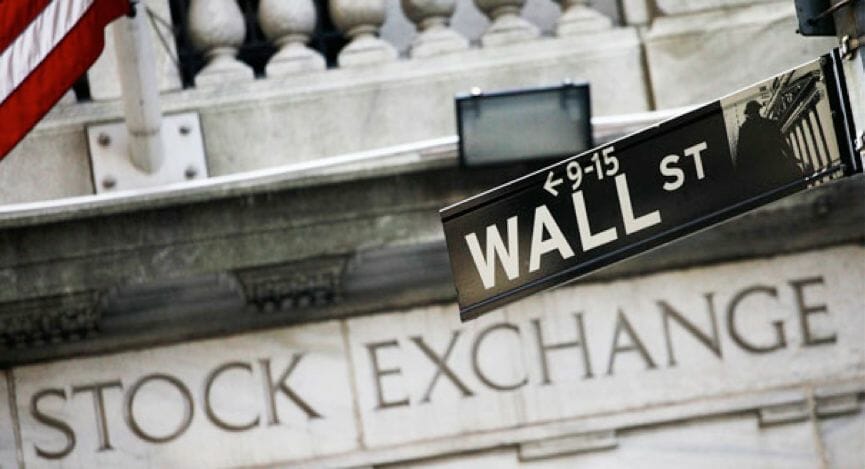 Imagine you’re looking to invest and get a good return on shares. You research a new stock that has recently been listed on the market and is of perceived high quality with  great potential for value increase You therefore invest.

If that business is performing well, that stock will soon attract other purchasers The more people that invest money in that stock, the quicker the stock’s value/price increases

He who trades first, wins (early investors gain more from the stock with a higher return on investment).

We are living in a time when an ever-increasing new number of marketing channels launch and evolve every few months so there are constantly blue oOcean channels being created.

The lesson here is to set sail   into these blue ocean marketing channels early and enjoy a time of relative low competition.

If people see you succeeding in this blue ocean, people will join you and it will become more competitive. The later you join this Blue Ocean, the lower the return you will experience when the stock market closes at the end of the day. 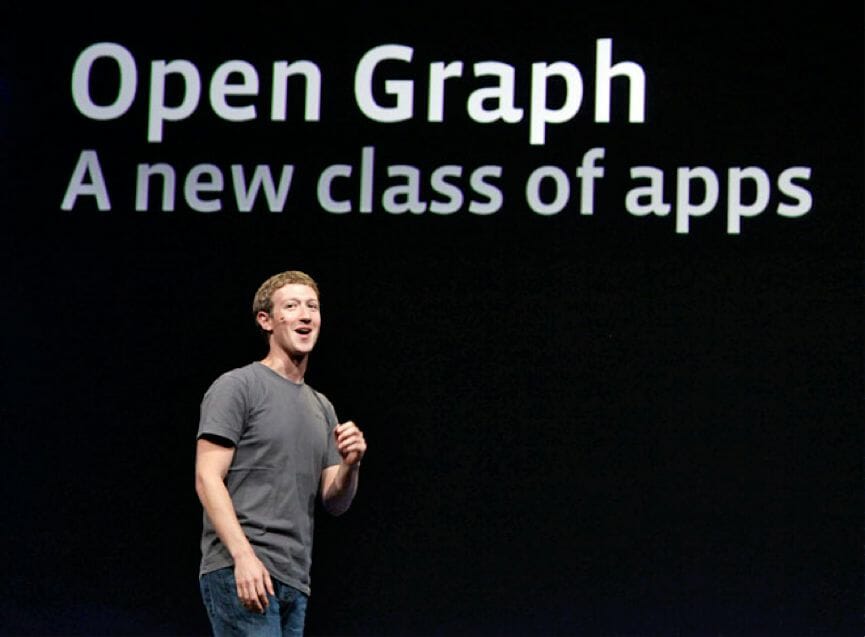 Here is a picture of Mark Zuckerberg a few years ago announcing a new feature on Facebook called Open Graph.

Open Graph allowed people to integrate their product/app to Facebook in a new way and shared  people’s behavioural interaction with it on their Facebook timeline. Even  if you’d never heard of Open Graph before, you’d have seen it. Remember a few years ago you started seeing what songs your friends were listening to on Spotify on your timeline?

People saw it, clicked it and went to Spotify where they signed up. A classic viral loop was born. It worked for Spotify, this graph shows the growth of Spotify after OpenGraph was released at Facebook’s F8 conference.

Facebook invited only a few people to use Open Graph initially. During this period, Spotify experienced rapid growthas they had essentially found a blue ocean channel that competitors were not allowed to sail into!

Savvy marketers could see what was happening with Spotify: not only on their own timelines but also in public data. 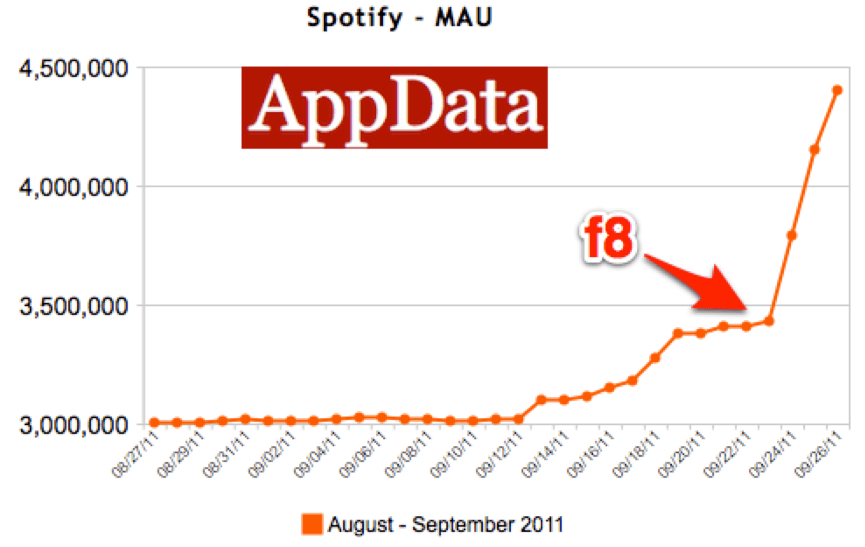 I was VP Marketing at I Am Playr around this time and we monitored this behaviour at Spotify. We saw the results, so we proactively reached out to Facebook and  jumped in line  to integrate Open Graph as soon as it emerged from closed Beta.

We did. And the results were significant: 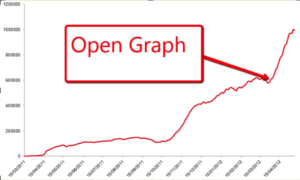 It worked, but eventually marketing channel fatigue set in.

Open Graph was a classic blue ocean channel. Discovered first by Spotify, and then joined by many more startups and eventually agencies and brands. This has resulted in marketing channel fatigue and any company now installing Open Graph would receive minimal return on investment.

Early examples of blue ocean channels can be seen in the  1940’s as Claudia Hopkins,author of Scientific Advertising (an incredible book for the advertising reading list). Hopkins found a blue ocean channel when he created the first ‘coupon’ in print ads. Coupons for the first time incentivised customers to respond directly to an ad (and direct response advertising was born). 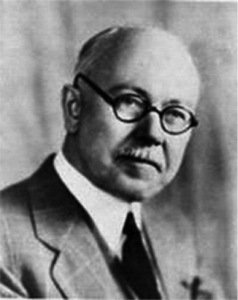 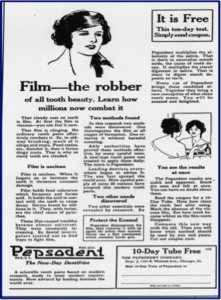 These coupons worked incredibly well, and people who had never seen this before cut out the coupons went into the shop and asked for the free sample or the 20% off.

Hopkin’s coupons resulted in huge sales for whatever products it was used on. It was a blue ocean channel. Soon enough other companies and advertisers saw the results of these coupons and decided to set sail and give them a go too

Fast forward to today and, like Open Graph, coupons still work but are unlikely to capture such a large audience and result in rapid growth like that seen in Claude Hopkin’s days. Too many people have bought the stock, the market channel has become fatigued and it has become a red ocean.

A third examples of a Blue Ocean is the first banner ad that debuted on 14th October 1994 via Hotwired.com (which then became Wired.com), it looked like this:

It worked, and the click through rate was 74%. It was a blue ocean channel. Soon enough, other marketers heard about the success and began using them. The blue ocean turned red and over time fatigue set in and banner ads became less effective. Fast forward to today and you can expect a click through rate of 0.07% (interesting factoid: that means that you’re now more likely to survive a plane crash then click on a banner ad!)

So how can we look for Blue Ocean Channels? 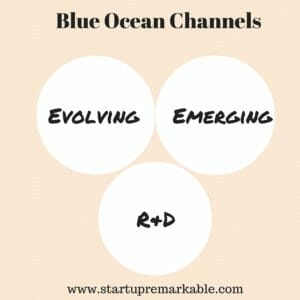 Utilising mega platforms used by your target customers is my first recommendation. Over the past few decades we’ve seen the evolution of mega platforms with 100+ million users (Facebook, Twitter & Instagram for example)

These platforms evolve constantly, regularly releasing new features that can be growth hacked. Facebook alone has seen many cycles of this:

These developments have resulted in a gold rush of growth for businesses that have utilised them early. As well as major new feature developments, these platforms release new features on a regular basis. The answer is to simply be aware of emerging tools and trends and experiment with them as soon as they are released.

Quite simply, these platforms have such enormous audiences that any new major feature is essentially a blue ocean,guaranteed to be swarming with fish.

Be careful, not all these platforms may be relevant to  your audience (e.g. no use trying to Growth Hack Snapchat if your audience is B2B people aged 40+!)

Pick the platform that your ideal target audience use regularly, and become a student of what new features the platform is releasing (hint, they’re usually discussed on the site’s developer blog). When they’re released, be the first to sail into these features and test some ways to growth hack them. Here’s some useful links:

The second area is  emerging platforms, such as Periscope. These new, rapidly growing channels are a bit like the Wild West. Only some  people will win.

The third route is using R&D. What does R&D stand for? (No, it’s not research and development) Try instead, Rob and Duplicate.

Keeping a close eye for breakout new businesses in your market and establishing what growth channels they are using to get there. If you spot a break out business, one of the following two things has probably happened:

1)    They have raised $50 million and are spending it all on paid acquisition marketing (little you can do with that), or

2)    They have found a blue ocean channel and  are exploiting it successfully for growth.

Blue Action: You can monitor for breakout business, or fastest growing new business in the following places:

–       Techmeme.com (if there’s breakout new business, someone will be reporting on it here) Chose the channel that fits with your target market the best.

We are living in a time where platforms and marketing channels are evolving at an  ever increasing rate. By experimenting, testing and utilising R&D methods we can use these channels to growth hack our businesses and reap the benefits or rapid growth