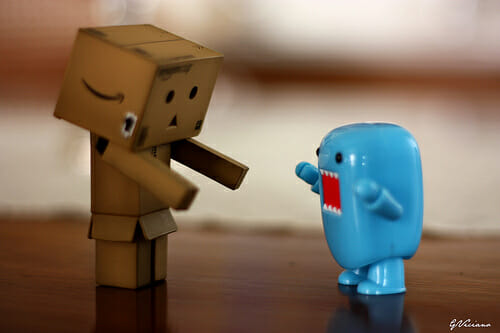 Nice to meet you: Photo by GViciano

How do you grow a broad and powerful network,  fast?

Time and time again we hear that one of the most important factors to success is having a broad network. People in that network can open doors that are normally shut and put you in the path of opportunity. These are both vital elements of success which Hal Gregerson calls The Medici Effect. This positive side effect of networking I only know to be true.

But how do you grow this Network?

In the past 12 months I’ve lived in 4 cities on completely different sides of the world (Syndey, London, Adelaide & Dublin if you’re interested), and I’ve learned how to ‘hit the ground running’ and grow a network of entrepreneurs and likeminded people really fast when arriving in a new city. Although only living in London for a few months, I now have people ask me how I know so many people.

In this post I’ll tell you exactly how I grow my network, so you too can grow a network fast and benefit from the Medici Effect – whether you’re new to a city or have been there all your life.

First thing you need to do is to focus you efforts on the areas that are going to bring the most benefit. Find where likeminded people are hanging out to share ideas and meet each other. You network needs to be full of these likeminded people – as they’re all trying to achieve goals similar to you e.g. having a network of 10 entrepreneurs will be infinitely more valuable than the 10 people in your 5-a side football team.

Here I focus on in-person networking only, as I find this to be more valuable than online networking in the whole. People you meet at real-world events show, just by being present, that they are motivated. Nice.

It staggers me how many people still have not heard of this unbelievably awesome resource.

Meetup.com allows you to quickly find similar, er meetups, to areas that you’re interested in: Entreprenuership, Marketing, Football Knitting – almost every area you can imagine.

If you live in large city, it’s not a case of if there’s a meetup in my area, it’s which one of the many which are on every night should I go to.

Entreprenurships and Startups are my bag so I usually type in the search terms: Entrepreneurship, Startups, Marketing, Digital, Tech, Social Media. I usually do this once a month to plan my month ahead – good news is once you’ve joined a group they’ll email you to remind you when there’s a meetup coming up.

Oh and meetup.com is free for you to use, as are most of the meetups you’ll go to.

The world’s most awesome Startup email newsletter: Startup Digest Started by Chris McCann a year or two back, Startup Digest send you a weekly email telling you about the hottest startup events happening in your specific city that week. If they’re in this list, chances are they’re good.

There’s a Startup Digest for most major cities already. What if there isn’t one for yours? Lucky you – as you can apply to become your city’s Startup Digest curator – I wish there wasn’t one already for London – I’d love to be it.

Bit of a cliché – but if there’s an area you’re passionate about – you simply must get out there and attend the big conference. You’ll connect with not only likeminded people but also the heros you look up to.

Tim Ferris says he favours conferences when he was starting out as it was the path which had least noise. Think about it – if there’s someone you want to meet and get to know, it’s a hell of a lot easier to make an impression at a conference which they have to be at for a few hours rather than over emails where he has hundreds of mails competing for his attention

Lanyrd is my favourite site for checking out upcoming conferences in my area.

Know about Startup Weekends? They’re a 54 event where you join teams with other likeminded entrepreneurs and form a company from idea to MVP. Not only is it great fun, but you’ll bond with other awesome entrepreneurs which you can plot world domination with.

Your local university is pushing entrepreneurship and business. Keep an eye on their Facebook page and ‘events’ section on their website – they’ll have some great guest speakers which will probably be free to attend (whether you’re alumni or not). Other people with smarts will attend.

Hate to mention the obvious – but just in case….

Just Google it – some events just wont be listed on meetup/startup digest/lanyard so do the odd google search. This is how I found an incredibly helpful startup network when living inAustralia. Which led me to being mentored by the leader of the group (an amazing chap called Geoff), which led me to defining much clearer goals to where I wanted to get to, which led me to achieving more faster etc etc….. (you get the picture)

So yes – you might have noticed that not one of the above methods are easy or require no effort. That’s become building a network of real people takes an investment of time. You gotta burn the rubber and get out of the building.

When you’re at these events – I highly recommend just talking toas many people as possible. Everyone feels a bit awkward at events, just walk up to people – ask questions about what they’re doing (not just what you’re doing) and I promise that you’ll get on just fine.

Put the effort in and you’ll see the results – and Mr Medici will be nodding his head in approval.