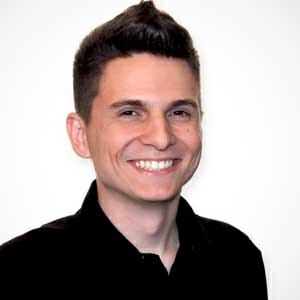 How do you build a community for your business, blog or startup?

Recently at FOWA London I got to meet Nick Petit – from Treehouse. Nick shares some really hot tips on using social media to grow your audience into a thriving community.

In this interview you will learn:

Howard: Hi everyone, Howard from startupremarkable.com here. I’m here at “Future of Web Apps” and a very special guest to chat to, Nick Pettit.

Nick: I don’t know I was such special guest but, alright. Thank you for the introduction.

Howard: And Nick’s part of the team at Treehouse and he’s called to be an expert at building a community using video, and we’re gonna chat about that. So, Nick, yeah, how’s it going?

Nick: It’s going pretty well, just rocking at Treehouse with Ryan Carson and friends. We produce video tutorials for web designers and web developers and we also recently added iOS tutorials which are…

Nick: Yeah, people seem to be loving it, which is great. Treehouse is actually not launched yet. Treehouse is the major rebranding or reimagining of ‘think vitamin membership’ which is live right now [you know]. You can sign up for that right now and It’ll [you know] be a lot of the same content to treehouse but treehouse is gonna add a lot of cool stuff like quizzes and badges that you can earn and cool little word videos here and there and it’ll launches on November 7th. So we’re supper excited about it and you can check it all out at teamtreehouse.com right now.

Howard: Teamtreehouse.com, so if you are a developer and you’re interested in learning more, that is the place to go. It sounds really [really] cool. And you, over the past, you’ve built up really strong communities using video. How is web video a really effective way to build a community?

Nick: Videos is just such a powerful way to communicate with your users or [you know]with your community. Because when people see your face it really has a powerful psychological effect. When people see a smiling face [you know] instead of maybe just like a screencast by itself, it really can add a lot of [you know] communicative for emotional power that just wouldn’t be there otherwise with just a static site or a blog.

I mean, it’s also great for people that don’t feel like they’re really [you know] real good at writing. I know, like Gary Vaynerchuk felt like he missed the whole blogging thing just because he feels like he can’t write that well and so he’s like, you know, “Ah I’ll video blog and start it.” but then he’s like “I can do that.” So, it’s you know in terms of building community it’s just a more intimate way of interacting with people.

Howard: Sure! Awesome [awesome]! and you were mentioning you’re doing some cool things with the Facebook groups and that’s the way you can further as well as [getting] putting in the initial video [tell us] talk about some ways you can further engage the community.

Nick: Yeah, so Facebook pages and Facebook groups are really interesting. They’re very different animals. With pages, if you have like a pre-existing page that’s already really popular I think that you should try to use that in combination with Twitter.

Because, Facebook pages and Twitter by themselves are pretty powerful but when they’re use together it gets really awesome. [Because you can] it’s sort of difficult to have a conversation with your community on Twitter because it’s really just you talking to everybody else unless people are following a hash tag or something. But if you want your community to talk to one another and really engage with one another about a topic you can post a discussion question on your Facebook page and then if you click, I think it’s like you know the status or like when you posted it, there’s a little link where you can actually link to that specific discussion question. You can tweet that out and say [you know], “What do you think about this? Join our discussion on Facebook.”, or ,“Discuss with us on Facebook.” And then that would bring people to your Facebook page and [you know] they can talk to talk amongst themselves or sort of like give their opinion and then see what everyone else said as well so that’s really cool. So that’s Facebook pages.

Facebook groups are [you know] if I was creating either a page or group today I would definitely go for group because groups are just [you know] so much more conducive to community members talking to one another because it comes up in their feeds and everything.

Howard: More so than pages?

Nick: Yeah, at least that’s what we found with our Treehouse group which has been amazingly active which we haven’t seen with pages as much. It’s more us posting a discussion question and then people talk about it were as with groups it’s a lot more people [you know] asking for feedback about their app or asking specific questions to other community members so, yeah.

Howard: Why do you think that is? Is it part of the way the groups work or…

Nick: We’re still trying to figure that out. I think it is because when people comment in groups or [you know] they liked your comment in a group or they [you know] mentioned you or post a comment on like one of your post on a group it comes up as a notification in Facebook and it will also come up in their feed. I think a lot more so than pages cause I know pages do come up in the feed but I’m not sure what the exact.

Howard: Yeah, there is some…

Nick: Algorithm is there.

Howard: Yeah yeah. I know exactly what you mean.

Howard: Ok, so to that point would you do the Twitter tactic you were talking about you know like posting out a question and ask to join them in would you the same on groups?

Nick: You could but we found out that you don’t even need to.

Nick: I mean posting a question like that and then twitting about it is really more so to get people to start interacting or talking about something and just [you know]maintaining brand awareness whereas with a group that really happens all on its own which is a lot better because it’s a lot [you know]more natural for people.

Howard: Awesome! So somebody who has a startup, they got a page maybe they already have a lot of followers. Would you recommend them to startup a group as well?

Nick: Yeah, I think that you know if they don’t have like thousands or tens of thousands of followers or something on their Facebook page or any [you know] most people don’t. I think it’s worth making the transition into a group.

Nick: Because the interaction is just enough to sort of merit the for the future.

Howard: Yeah, that’s really [really] interesting. And going back to Twitter, [do you have] how did you find building the community on that? Is it all about just putting content on your driving instrument or do you have another way or ninja ways on doing that?

Nick: Yeah, I mean Twitter is really about [you know] just, I guess, thought leadership and also [you know] communicating with your followers [you know] really like getting their opinions about things or getting their feedback. We actually just lunch a sort of a little bit of a social game for the launch of treehouse.

Nick: [And our initial idea for] we’re just trying to have some fun with the launch [you know] and I think we went about it [you know] a little bit half hazzardly because basically like [you know], “Twit with this hash tag and this link and we’ll start [you know] unlocking this cool like videos and sneak previews of treehouse…” and people reacted terribly to that. Because people…

Nick: Yeah, [because] well, people said that [you know], “I don’t wanna like promote your product for you and [you know] all those stuff.” And in _____ it really made a lot of sense. We’re really like, “Wow, you guys were right. That was actually a terrible idea.” And so [you know] it was really all about us pivoting and taking that feedback and we realize [you know what] really all we want to do is make treehouse the best way to learn web design and web development and we’d be no where without our members.

And so rather than let them twit about us to other people we had them twit at us and so @reply on treehouse on Twitter with you know your new ideas for a new feature or topics that you’d like to learn about from us then you know that would start unlocking rewards and you know people reacted much better to that and it made so much more sense.

Howard: So interesting. Such a good idea.

Nick: Yeah, so yeah it’s really about us listening [you know] you need to have big ears with a small mouth.

Howard: Yeah, that is really great Facebook and Twitter tips there and well I know you got to jump back to the conference. So just one last one before we let you go.

Nick: Really [you know]consider video as a tool to communicate. It’s not just all Twitter and Facebook [you know] text is great. Well written copy is essential, but having [you know] a really good video or just communicating with your users through video is really personal way to get to them and I think a video isn’t being utilize to its full potential by a lot of startups.

Nick: So I would say like consider video as your number one marketing tool, yeah.

Howard: Cool! You heard it here. Well, thanks very much, Nick. Let’s get back to the conference now. We had Nick Pettit here and of course you should check out more Nick on thetreehouse.com or treehouse.com?

Howard: Okay, awesome. Thanks very much, guys. See you soon.